I’m Sadia. I’m a long-time reader of HDYDI, and have met a number of my closest mommy friends through the site. I’m excited to have the opportunity to write here. I am the mother of five-year-old monozygotic twin girls, M and J. 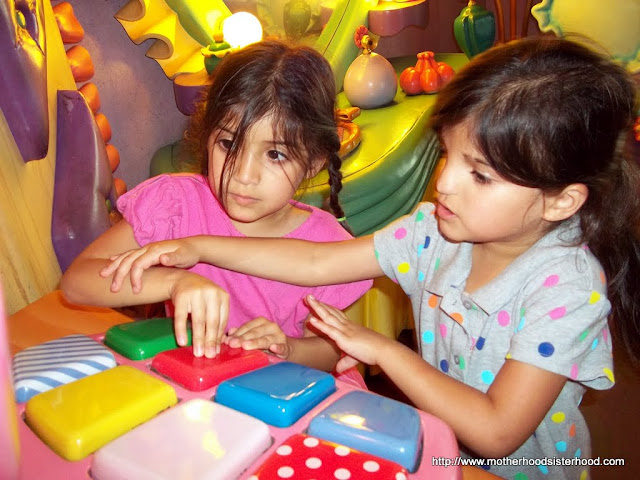 We’re a two-career family, and our daughters will be transitioning from our beloved daycare/pre-school to public kindergarten. My husband is a soldier, and we’re about to go through our first army move, from the Austin, TX area to El Paso. A new routine at a new school in a new neighbourhood in a new town is sure to bring lots of excitement in the coming months, even though we’re managing to keep the state the same.

This post, though, has nothing to do with those changes. Instead, it’s about one of the constants in every parent’s life–keeping our children safe while letting them explore the world.

The heatwave the rest of the country has felt lately is the norm where we live, so we’re all about indoor play options during the summer. It’s very child- and parent-friendly here in the ‘burbs, and there are a number of establishments that attempt to serve both demographics by pairing a coffee shop with an indoor playscape. They usually have wifi and fancy caffeinated beverages for the adults, and the kids can choose from a selection of snacks, juices and opportunities for vigourous mayhem involving some combination of screaming, jumping, running and climbing. The kids are generally within visual range of their accompanying adults, but different parents provide different degrees of oversight.

One of our daughters’ friends spent the weekend with us, and I had some work to catch up on, so a trip to our favourite play-and-wifi hangout was in order. While my husband savoured his coffee, and I clattered away on my laptop, the girls embarked on a mission to figure out how to go down the two available slides while all three holding hands. They checked in with us every few minutes, with requests for water, hugs, or conflict-resolution. If five or more minutes went by without a check-in, either my husband or I walked over to the playscape for a quick visual verification of all three girls’ wellbeing.

About an hour into our stay, J came running up to us with her friend, less happy-go-lucky than they’d been. M, they told us, was in hiding because of “the scary guy.” We asked what they meant, and they told us that there was a guy sitting at the top of the slides telling all the kids “I’m gonna get you.” We looked over, and noticed that all the kids had abandoned the previously in-demand slides for other features of the playscape. My husband went over to investigate further, and I saw his posture slide into military vigilance mode.

After about five minutes of observation, he came over to me with all three girls in tow, saying it was time to go home. There was a grown man in the playscape, seemingly unassociated with any of the children present, scaring the kids. He was creepy, my husband said, and that was enough to make me pack up my things and talk up how exciting making dinner was going to be. My mother has spent her career working with abused children, so I’m probably more paranoid about these things than the average mom.

This was the second time we’d seen someone suspicious at this location. The time before, we’d left after speaking to the coffee shop management about our discomfort. A man had come into this family hangout solo, accompanied by a puppy, which he was unashamedly using as a kid magnet. My husband and I watched for ten minutes or so before saying anything, but we’d both felt our hackles rise. Perhaps the guy was there awaiting his family. Perhaps friends with kids had asked to meet him there. Perhaps he’d seen the coffee shop sign and not realized it was kid-centred. Still, he gave us the creeps, and we weren’t going to stick around.

This time, we made sure to thank the girls for letting us know that they were uncomfortable. It occurred to me that J and her friend felt empowered to come and talk to us about their concerns because they were together, while M, having broken off from her group, decided to hide instead. I wonder whether I let my children venture a little farther afield from me because there are two of them, looking out for each other. There is safety in numbers, although it is the number of children in this sort of place that makes it easy for creepy folks to hide.

Do you find yourself being hyperaware of adults who don’t seem to belong at a kid venue? Are there child-centred activities you won’t let your children attend for fear of paedophiles? How do you safeguard your children against unwelcome interactions? Do you listen to your instincts about strangers; do you tend to believe the best or worst of people?

I regularly study our local sex offender registry in an effort to memorize the faces I want to keep my children far, far away from. Do you?

6 thoughts on “Safety and Danger in Numbers”