Some of you might remember my post last summer about separating my twin boys for preschool, not into different classes, but into different schools. We are wrapping up the school year so I thought I would share a bullet-point list update of how the year went. One kid was done two weeks ago, the other finishes today. (Making up the snow days.) 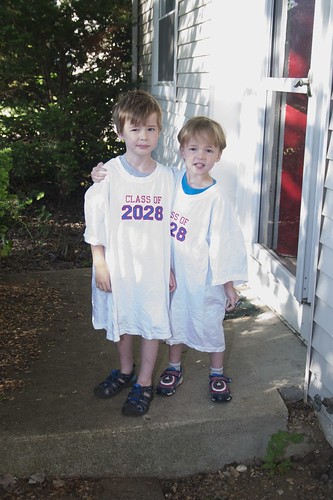 Jen is a stay-at-home Mom of 4-year-old twin boys who just finished up a year of preschool, separated and on their own. They all survived and thrived.  Their adventures are (intermittently and mostly in photos) blogged at goteamwood.com.

One thought on “Separate Preschools – An End of Year Update”